My name is Jan and I went to… wait wait wait, that is how most introductions start, but most definitely not this one, here we make a difference, are impeccable with our speech and move away from socially imposed norms. Start again Jan… now comes :

My human body was produced in a district called Germany and my biological parents settled for an early 70’s trendy and one-syllable given name, which I still use until today, Jan. According to another peculiar custom of the human race, which involves marriage, the father’s family name is passed onto me. So people generally knew me by the name Jan Lohfeldt. Decades later I discovered JAN LOHFELDT, who turns out be some legal character in some game of virtual monopoly. To make a distinction between the two, I shall be known as Jan a people of the family Lohfeldt, declaring my status and standing to the corporate and commercial world out there, but generally I’m just Jan.

The family name Lohfeldt, apparently and accordingly to my primary school teacher back in the 70’s, stems from “loderndes feld” (german for burning field) which does make some coincidental sense, think arsonist, fire starter and activator, although a 2022 revision and revisitation, part of designing my new and final family seal, suggests the “Loh” akin to small woods or a clearing in the woods; since I often speak of the clearing at the end of the path, I can resonate and subsequently the seal features the prominent coniferous trees of the northern forest.

Both writing your own declaration, declaring to the world who you are, what your intentions you pursue, and designing a private seal for yourself, family or tribe, to feature on all future documentations, are creative and self-empowering steps fundamental to walking the path of sovereignty.

When at dinner parties or social gatherings people ever so frequently regurgitate the customary question “ So, where you from ? “, other than the above longish answer concerning biological parents, which often poses another question whether I’m a test tube baby or not, a great reply is “ Wrong question, where you going ? “, which in light of the current affairs on earth is far more pressing than elaborating on our past.

I’ve noticed throughout the years it is seemingly important to people to geographically pin other people down, thus often attaching labels and prejudice to them, almost in an instant. Oh, he’s Scottish, he must be like… oh, she’s from Bavaria her forefathers, and so on… Sure it’s not always in a negative way or perception, I do appreciate the multi-faceted spectrum of people on earth, it is fascinating and equally disturbing that we still don’t have a clue about our planetary origins, never mind spiritual or otherworldly. I am a man of sound, not from or of this world, but currently sojourning on it. 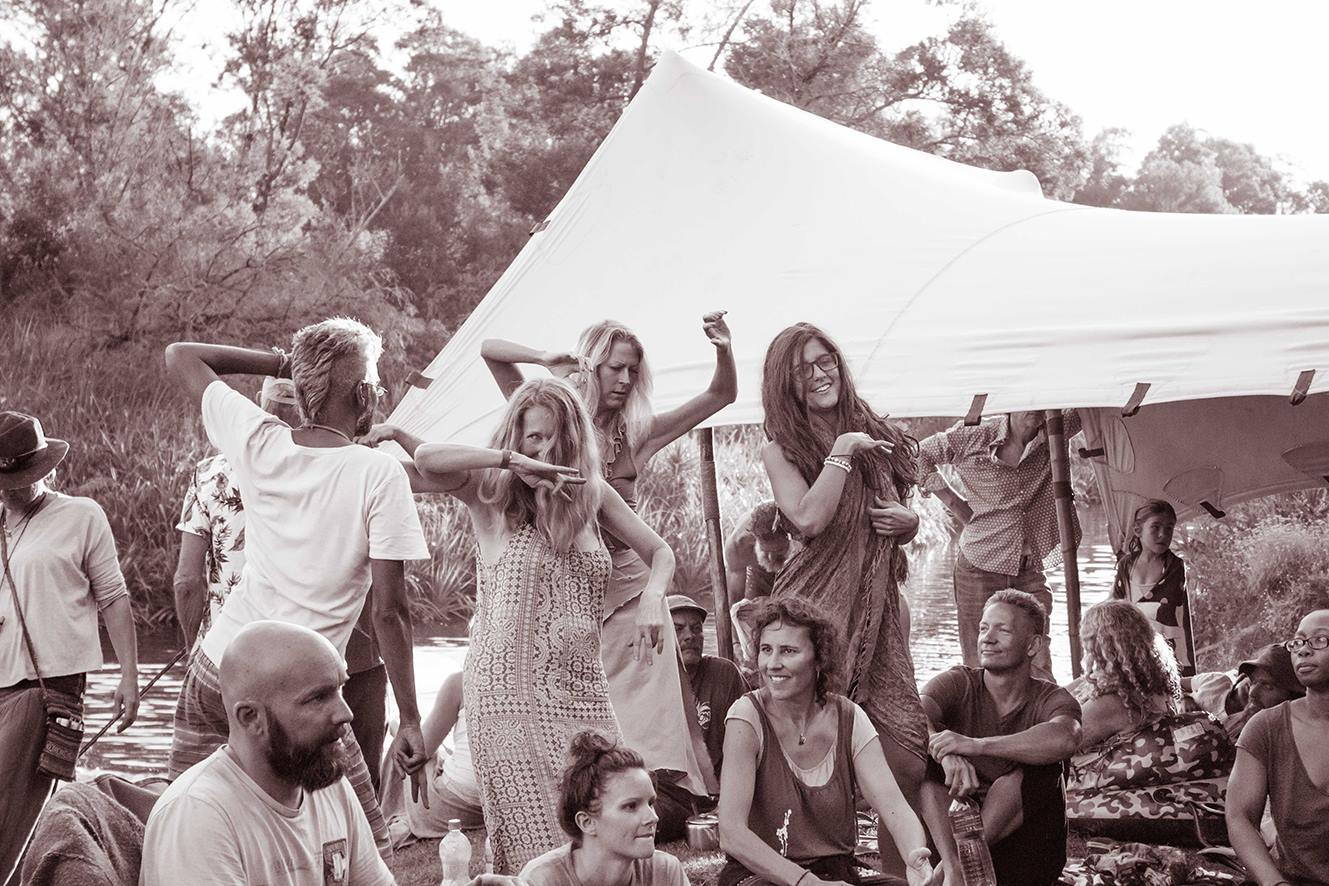 Anyhow, before we get into deeper analysis of our existence and further discourse into philosophy, which at some stage might manifest on another forum in cyberspace, let me tell you how I got here, preaching secession, calling for micro-nations and encouraging people to burn or return corporate passports and ID documents.

I think since my teenage days I didn’t even want to fit into the out-of-box-thinking faction, not to fall victim to another oxymoron, just free from any labeldom. I had a gripe with authority, where it stems from, how it is derived and why some people administer it over others. Very much to the detriment of my teachers, because I had to question everything or at least display the anti-thesis even though I didn’t always support it. I also had a serious problem with a rather antiquated 40 year old post-WWII curriculum, force fed into us by teachers in their late 50’s or early 60’s, the old guard. I dropped out at matric (abitur), some form of passive resistance mixed with the discovery of cannabis products and music, then mostly rock, heavy metal and a lot of world music.

The 90’s were travel and techno (music), I backpacked, WWOOF’ed and got to see some parts of the world, like and commonly referred to as Denmark, England, Scotland, Sweden, Iceland, New Zealand, Australia, India, Venezuela and finally South Africa in 1999. It is still my current location, it is also where, back in 2010 , my flames of resistance reignited, during one long, wet and cold winter, remembering some of the people whose work genuinely interested me back in my early 20’s, people like Erich von Daeniken or David Icke. A lot more had come to the surface, many more people had not only excavated and unearthed ancient knowledge or artefacts, but also how the current paradigm and system is organized, orchestrated, rigged and staged.

In 2011 I was literally forced to buy a town house on the peninsula of Cape Town, after having to vacate a long term rental home, prices in general and rent had gone up threefold or more, none of my friends were ready to buy into a farm or small holding, so I figured it was better to buy a house and pay off a mortgage rather than enrich someone else. Then eventually sell it, potentially with some profit, and get out of town. Not only a year later, southern hemisphere winter, I was out of work for a few months and couldn’t make payments, the usual, nothing special, like it happened to millions of people across the globe and unfortunately still happens. But within less than a week after making a first and fruitless call to SA Home Loans (the so-called mortgage provider) I made contact with a small group of people who had some valid questions regarding mortgages and financial agreements or its legitimacy altogether.

A Pandora’s box burst wide open, the next 3 years saw me studying the law (or what we thought of the law), presenting myself in court or decreeing my own court, empowering other people, starting and joining affiliated groups, running workshops, etc. Initially fueled by anger and rage, remember 2012 was the first wave of global protests, but coming to terms with myself, rather seeking remedy than retaliation. It was an amazing time, connecting with people all over, constantly exchanging new information and strategies on how to tackle this corporate and often elusive empire. We were part of initiatives like OPPT, ITCCS, SwissIndo, WeRe Bank, who somehow failed to stand the test of time and either got infiltrated or sabotaged. Some, like the Republic of Good Hope (since 2010), Unified Common Law Grand Jury of Southern Africa (est. 2013, disbanded 2018) and New Earth Nation, are still well and alive. We have been dealing with the Constitutional Court, served a Writ of Mandamus on all government HODs, cease & desist orders on media houses, we were invited into the ITNJ, decreed courts of record, use private number plates, issue different documents in place of ID and drivers licence, some own world passports and have generally exhausted everything possible within the (legal) system to seek remedy, but have found none. Meetings with judge president, heads of commercial crimes unit, National Prosecuting Authority or CEO of the Parliamentary Institute included. Thus exposing the government’s involvement and complicity, as well as its unwillingness or state of paralyses to do anything about it.

I managed to fight SAHL for 3 years, it was obvious that I was not going to win or convince any judge to even grant a simple trial for an in-depth investigation. In 2015 I vacated the house, it was a successful and well documented fact finding mission. The main motivation here wasn’t to “get my house for free” as often voiced by the critics, but to expose a judiciary entirely owned and controlled by the private banking cartel, especially in a country were ca. 20 million people live in shacks and will never see the inside of a home other than working as maids maybe. A country that has been privately owned since its inception and allowed the banking cartel to rake in R40 billion profit per month through securitization alone, which amounts to ca. 50% of the entire national budget fraudulently collected via tax extortion. 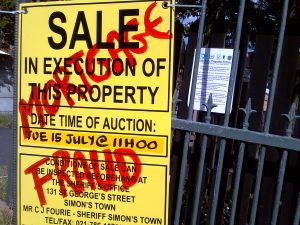 Part of the process and very much a last resort to save my home was to establish a sovereign micro-nation. Unfortunately this was only done after an unlawful auction and sale to an opportunistic and desperate buyer. It was a test run for the paperwork presented on this website, i.e. how to go about it, in which order to serve the documents, etc. I remember the words of the magistrate who was dealing with the eviction application when I handed him the perfected claim in court : “… this is an interesting philosophy, but obviously I cannot agree to it… and if you continue on this path, you will get into trouble… “ well, I did get arrested and locked up twice thereafter, which opened another pathway into the court, by way of criminal procedure, which, as expected, allowed me to accumulate yet another bulk of information and confirmation with regards to the rigged and unlawful justice system.

Being human(e)ly born within the resonance field or period of the libra zodiac and further analysis of other codes and numbers in my life, there is an inherit sense of justice that propels me in my work while bound on earth, whether to free the slaves or simply improve the conditions inside the prison colony, alleviating some of the pain and pressure.

Further, I’m an ambassador for the Republic of Good Hope (RGH), a common law society, offering an alternative to the corporate system. I’ve been travelling on private numbers plates since 2013, not using any RSA documents either.

I am a founding father of the Cactus Congregation of the Holy Huachuma, soon to be an ordained priest like anyone else who completes the rite of passage at the ElectroNative dance ceremony in October 2020.

In 2022, one long chapter of 10 years concluded in serving an all new and final declaration on various institutions on earth, to not only be free from global debt slavery, but also lawfully claim my fair share in earth’s collective wealth, become a custodian for my percentage of god’s given dominion. Furthermore this declaration of conscience is my testimony of all accumulated observation on earth, my discovery of deception and clear indication of no intentions to return here should the circumstances remain unchanged.

When I’m not doing any of the above, I like fixing things, restoring or improving them, take walks in nature, cook a good meal and play drums and some electronic dance music at outdoor festivals. Music is my passion, my life is audio, acoustic, phonic or sonic, for the world is sound and we are sound creators, nada brahma… 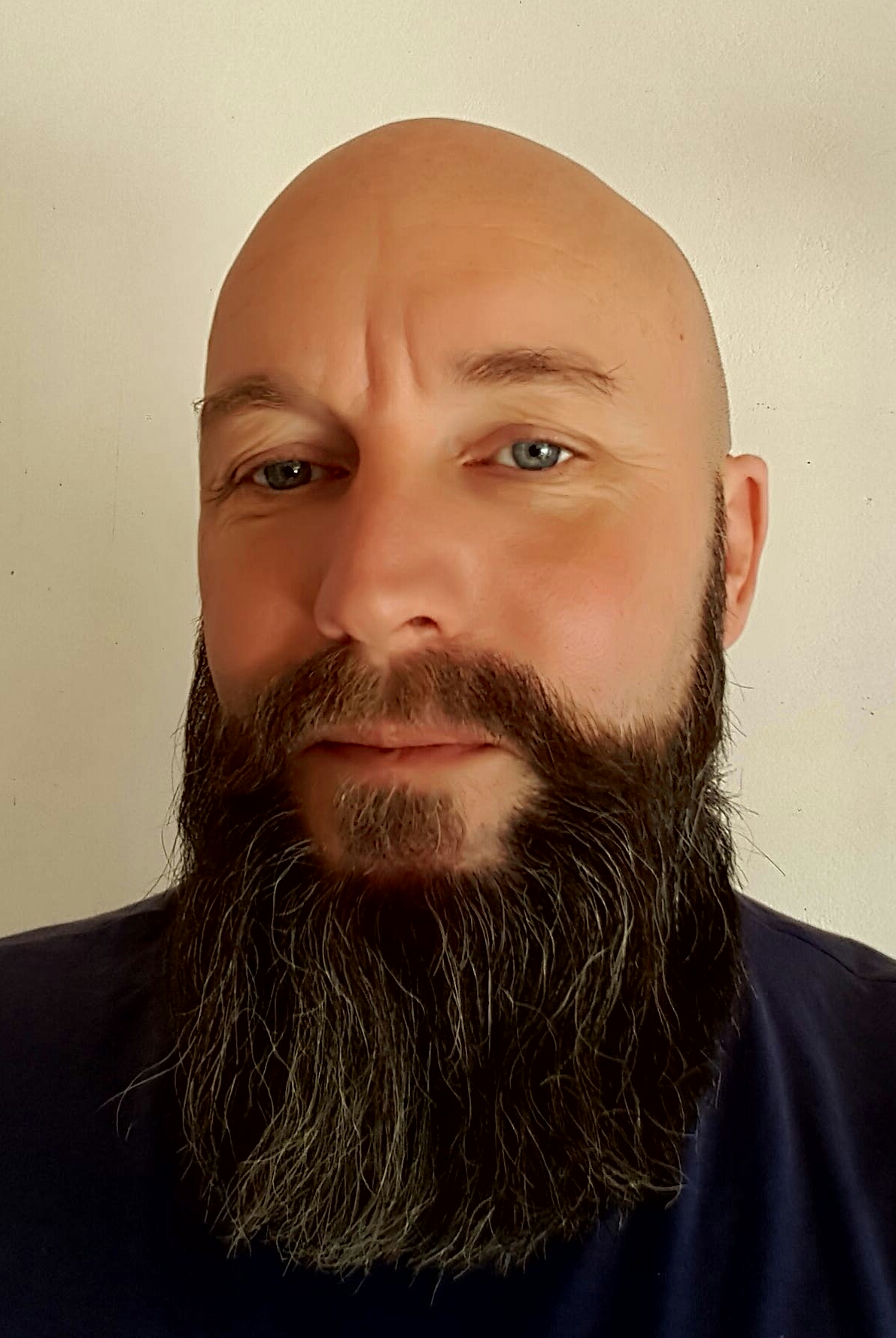 Thank you dad, for leaving a small token behind after you left body, earth and the colonies in April 2017, it helped a lot to finalize this segment of our liberation,  and who knows, maybe a rebellution will be born out of it. Hopefully, wherever you are now, no passports or visas are required and all travel is free… of gravity…

A little 2020 influenza foot note, from a sonic perspective :

” The Sounds of the Flu, a resonant theory… “ 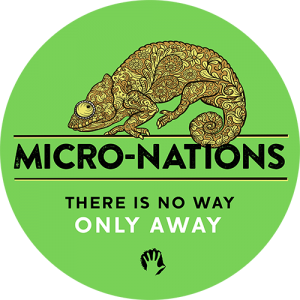