Declaring and establishing a sovereign micro-nation is not for the faint-hearted or something to be done over a couple of pints at your local pub. It certainly is not done by scribbling a few lines on paper and pinning them to your front gate either, as much as we would all prefer it that way. Everyone of us, or shall we say, everyone who, shortly after human birth, got registered into the system, courtesy of our biological parents’ lack of knowledge or ignorance, has a string of contracts attached to them. Decades of tacit consent, acquiescence, voluntary agreement and simple compliance or complicity by not doing anything at all, conveniently paddling along and following the herd. Accepting an ID (number), passport, drivers licence, placing countless signatures under a legal name, thus accepting and confirming the role and position of a citizen aka subject, serf or ‘ward of state’.

In the past only a few people, brave enough and without fear or favour, have been working continuously to undo, cancel or reverse all those spells tying us to the corporate empire and question its imposed authority. An authority we ourselves initially brought upon us by creating and electing governments.

Some of us have frequently been labelled freemen, sovereign, libertarians or state denialists, either laughed upon or perceived as radical fringe movement and tax evaders, but now more and more previously obedient sheep and statist citizens at least seem to be revisiting some alternative realities and philosophies, from a different perspective, because they too have concluded something to be amiss.

Before you consider yourself bold enough to establish an autonomous region, there is a lot of work, learning and study to be done. You need to (re)discover who you are, what your status is, your standing and jurisdiction. You need to be steadfast and confident, resonate your truth and be able to engage with corporate and armed agents in a diplomatic manner, in court, at border posts, roadblocks or at any of their offices. You also don’t want to repeat the past, fall for the same traps and decree yet another nation of spineless cowards and blind followers. This is the new paradigm, the global awakening or whatever you want to call it, you are here to make a difference, the path is not always easy, confrontation and unlawful detention included, but have no fear, because fear remains the enemy number one, public and private, and the biggest obstacle to freedom.

Remember, a declaration of independence and establishing a sovereign micro-nation usually involves either a painful civil war (South Sudan), an arduous and never ending court process (Principality of Hutt River), a truthful, charismatic and fearless rebel like Fela Kuti (Republic Kalakuta) or a serious amount of FIAT currency paired with an oath to secrecy (Damanhur). And whilst Fela Kuti is one extraordinary example of bravery, pushing the envelope just at a time when a growing number of secession movements in Nigeria had to be suffocated or sabotaged, but in the end he succumbed, although long after his mother got pushed off a balcony to her own death by invading Nigerian military forces. The question to ourselves remains, however brutal and unlawful the interventions and attacks of the system may be, do they encourage us to carry on and stand our ground or rather be intimidated and plead for mercy ?

For those still in doubt, not fully trusting the process and possibly concerned about losing everything in case of an unsuccessful secession attempt and potentially looming state invasion or annexure, simply reverse the process before bloodshed arrives on your doorstep. Just like any other (commercial) transaction or sale can be reversed. What was the previous entry as per deeds registry ? Under what ERF number ? And the last FIAT value associated with it ? Apologize, move on or away, or plot another approach.

Furthermore and this is important to note, before the battlefield will be in the trenches, it will be in the courts, and that is how and where we need to feel confident. The Principality of Hutt River had been in existence since the early 70’s, not invaded or shut down, although constantly facing legal and financial threats from the unlawful corporate Australian government. As of August 2020, the Principality of Hutt River unfortunately succumbed to the pressure and will join the Australian Commonwealth once more. Self-proclaimed Prince Leonard Casley, who declared the principality, died in 2019 at the age of 93, his son Graeme probably not in a position to continue the legacy or simply running out of steam.

It also became evident, that the people of Hutt River failed to decree their own court when visiting or engaging with the foreign jurisdiction courts of the Australian Colony. This is tantamount to making your declaration, because sometime soon thereafter the day will come when the agents of Rome pay you and your nation a visit.

Nevertheless the Principality of Hutt River’s process and way of engagement was unprecedented. The very process and method was condensed and sanitized by people working with New Earth Nation and is available on this website. Thus far only used by 2 people of the earth to our knowledge, namely Ingunn Sigurdsdatter and Jan Lohfeldt, both fighting for their homes, trying to expose the banking cartels’ enormous mortgage fraud; unfortunately only applied after their homes were rendered executable and in Jan’s case only after a fraudulent auction. Nevertheless, it was meant to be a test run and part of a larger fact finding mission, simply establishing a procedure, now waiting and ready to be used, not only for 1000sqm but 1000ha or more, since the principle remains the same : Set the land free from legal thievery, cancellation of deeds registration and land repatriation.

The size and the lay of the land as well as the number of inhabitants play a vital role when establishing a nation, tribe or community. To be self-sufficient and independent, your nation would require a good perennial spring, river frontage or potable borehole water, its own power supply and enough people and skill to populate all essential services within a nation, subsequently resulting in a functional micro-economy, circulating its own currency. This usually works out to a minimum of 200 people (a larger hamlet) and a maximum of 4000-5000 people (a large village). If your new currency is not accepted outside of your nation, you can obviously still trade or sell your goods for dollars or other FIAT currency, which you will still need in the beginning to pay for some essential building materials like steel, glass and farming equipment or satellite internet services. Remember, you are not shutting yourself off from other countries, societies and its people, only from corporate governments and their control mechanisms. Even if you have to look for work outside your nation, there is nothing wrong with working in another country, like many of us did previously.

Before going ahead, have a look at the past, nations that have come and gone, those still in existence, what can we learn from them ? What could be avoided ? Study some of the works of John Locke, Stefan Talmon and David F. Friedman. 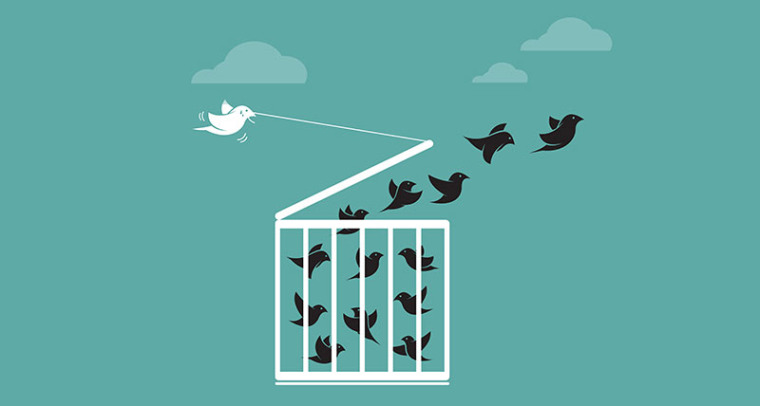